T’was the night before Xmas…

Baby was due mid to end of December, the busiest time of year, so we knew we had to be organised, and organised we were!

A heater was sitting in the corner ready to plug in if needed. New baby clothes and blankets were washed and in a pile on the side board. A box on the floor contained plastic, sheets and towels ready for birthing. I made soups and broth, like I always do for the new Mum, and popped them in the freezer. We checked we had juice, snacks and lollies for the birth and prepared the children a pack as well each. Their eyes huge in delight at the goodies within.

…and yet every day I found new things I needed to get done ‘before’ the birth. Every night I’d take a walk through and check all was in place if Monie should go into labour tonight. Every morning I’d think of a new thing we had forgotten to do and quickly sort that, then congratulate myself quietly, that we were so organised. Monie told me later she was doing the same!

The due date came and went, and we waited, hoping baby would come earlier rather than later, as who wants a Xmas baby? There is no control over these things however. Baby will come when it is ready. It got closer and closer to Xmas and with this being the year all the children come home for Xmas, Monie despaired that it might be a Xmas baby after all!

Xmas Eve morning, we had an inkling baby was on its way, and while Monie relaxed into gentle contractions as the rhythm began, the children played, Lauren finished our Xmas food shop and we prepared the house for the rest of the family to arrive.

Mattresses were laid out in the family room for the little ones and the Xmas tree left in the centre of the room, with its lights twinkling as darkness fell. Labour was in full swing when Chee and Annie arrived from Christchurch, around the same time as the midwife. Stories were read to settle the children, but the air was filled with something special. Something almost tangible. It was different to the usual excitement of Xmas Eve.

There was just 2 year old Kaea to settle, who would NOT leave her Mother, and though so very tired, she knew something was different. No amount of coercion would draw her away, till Monie said, she couldn’t do this anymore. She couldn’t labour and hold Kaea, who was trying to drop off to sleep on her shoulder. Expecting this may happen, I scooped her up, and kicking and screaming, I held her tight to my chest and walked to the end room, as far as I could get from her Mother who now had work to do. I swung her as I sang loud and strong so she could hear me. “This ole man he played one, he played nick nak…” She kicked and fought until I got to, ” he played ten….” and then I knew she would settle, as she ‘hu hupped’ herself into sleep mode. When I got to “he played seventeen…” by which time I was making up crazy stuff, she was dead asleep, and I knew I could sit down. I moved to the family room and asked Wheriko to adjust the lazy boy and fell into it, continuing to rock and gently humming, cause if this one woke it would be all over.

Chee pulled back the sliding doors about then and I will never forget his eyes. It reminded me of him as a ten year old when something special was about to happen.
“Has she had baby?”, he asked excitedly. “I don’t know mate”, I answered, “I’ve been with this one. Did you hear a baby cry?” “No, he answered, I just heard Monie say “Thank God for that!” We both laughed and then Lauren popped her head out to say baby was born. All was well and did I want to come up? I smiled and said “No, Simone needs all the time she can get, so I’ll stay here with this monkey as long as she will sleep on me.” Monies older children headed up to greet their new sibling before coming back to sleep. It was 11pm, so we had just made the deadline to not be a Xmas baby, though just by a whisker!

An angel right from the start!

I rocked gently with Kaea’s weight against me, her breath relaxed and regular, as the Xmas tree lights twinkled, giving the room an ethereal glow. I realised I had not read the ‘Night before Christmas’ to the children this year, as I usually do before bed. The children, all sleeping topsy turvey, turned in their sleep, while ‘sugar plums’ danced in their heads. Well, maybe not sugar plums. Maybe ipods….but I reflected that this will be a Xmas Eve we will never forget. 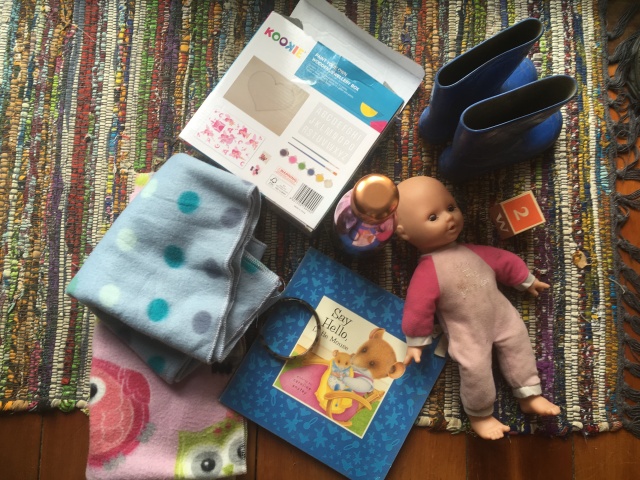 We sent out a note to guess if it was a boy or girl. Can you guess?

It was 2am before I got to have a cuddle, breathing in his new born scent, after Monie had a shower, as they all settled into bed and readied for sleep. Aunty Ren, then following Monie’s instructions, sneaked Xmas bundles to the ends of beds before putting loads of washing on. I took baby in to Gilbert and woke him as I laid the tiny sleeping bundle beside him. A little chubba, like all hers have been, weighing in at a hefty almost 10lbs.

So while I had crowed this would be our thirteenth grandchild, and the eleventh I would be at the birth of, I actually wasn’t at his birth, and Lauren had ably assisted in my steed. The rest of the children arrived through the morning, and though it was a wet and miserable night baby was born, so the day had also dawned. The table was set and food spread, just as the power went out. Candles were lit, and once again I marveled at the beauty of ‘family’ as we sat and shared with an extra babe in arms, in the soft candle light, as thunder rolled quietly over, drowned out with by the laughter within.

I couldn’t help but think how different and beautiful each birth is, and while I wasn’t physically there in the room, I was able to be an important part anyway, and that’s what makes a home birth even more special, as we surround the birthing parents with a tight net. Each filling roles as they are needed at this most special of times. I am so lucky that I am able, and welcome, to be a part of those early, early days of each of our grandchildren. 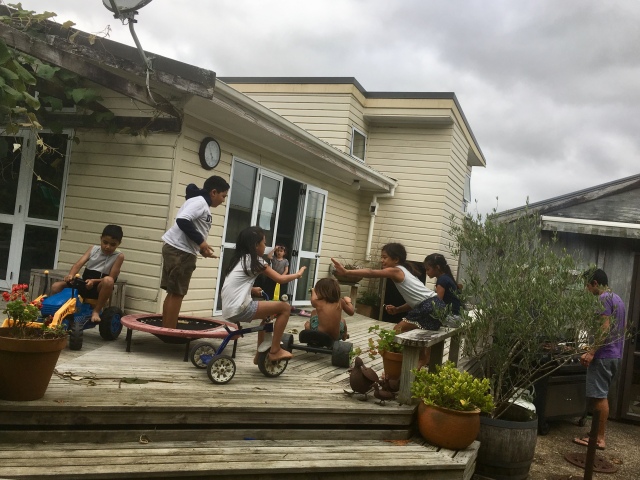 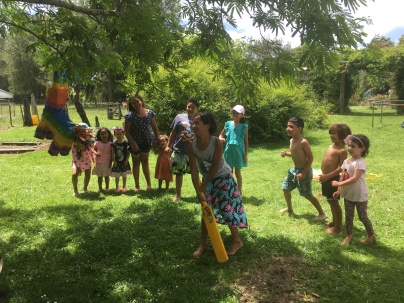 5 Responses to T’was the night before Xmas…